Hayfever season is upon us, and if you’re suffering with the pollen, you NEED to read this! 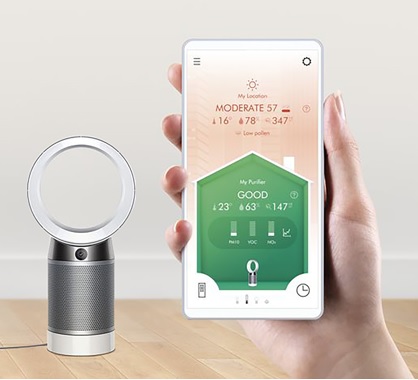 As we are now fully into summer season, and the sun has finally arrived, along with gorgeous weather, it’s hard to miss the increase in pollen levels.

The past few weeks in particular have been hard hitting for hayfever sufferers, with tree pollen currently being the biggest culprit.

And, if like me, you have all the classic symptoms of itchy, sore eyes, sneezing, blocked and runny noses, rashes and even headaches, then I’m sure you’ll agree it is quite debilitating and also incredibly frustrating!

In the UK in particular, there are 3 key pollen seasons to be aware of:

There’s no fool proof way of preventing these symptoms, but there are a few things that we can do to help reduce the impact of them. 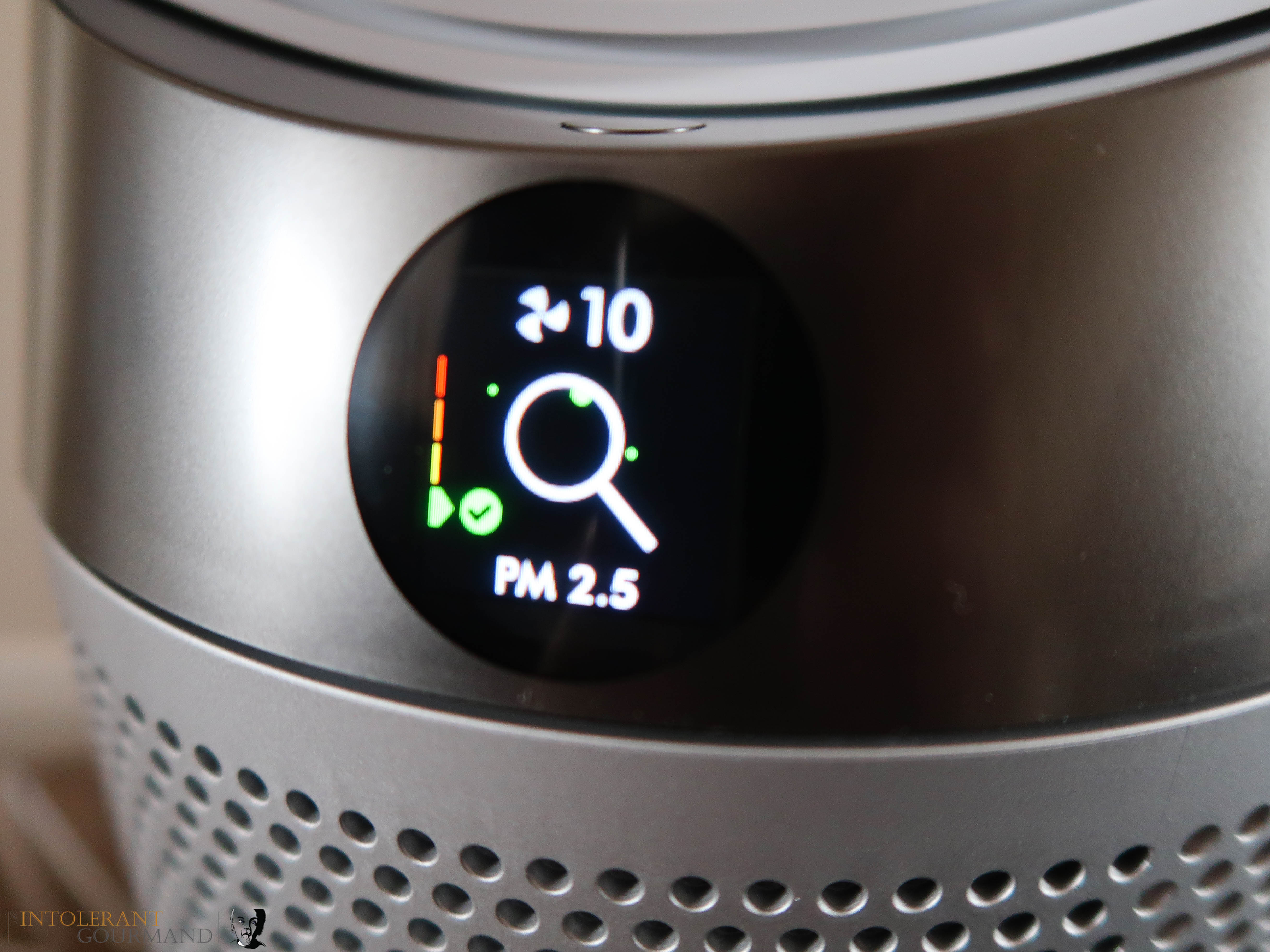 Now, these tips all help, but that still isn’t enough sometimes. Certainly that is the case with me. I had a severe allergic reaction to antihistamine around 18 months ago, which means I can’t take antihistamine to help control my symptoms. As a result, I have to be even more careful.

Testing out the Dyson Pure Cool

Around 3 weeks ago, the lovely people at AO asked if I’d like to try out the new Dyson Pure Cool, to see if it would help my symptoms, and also Callum’s as he suffers too!

Naturally I jumped at the chance, as I know how much pollen affects me, and to have something that would possibly help me sounded wonderful.

3 weeks on, and I am so incredibly grateful that I had this piece of kit sent to me!

Don’t get me wrong, it’s not a magic cure, and I still get significant symptoms when I am out and about, but at least when I am in my own home my symptoms are vastly improved. 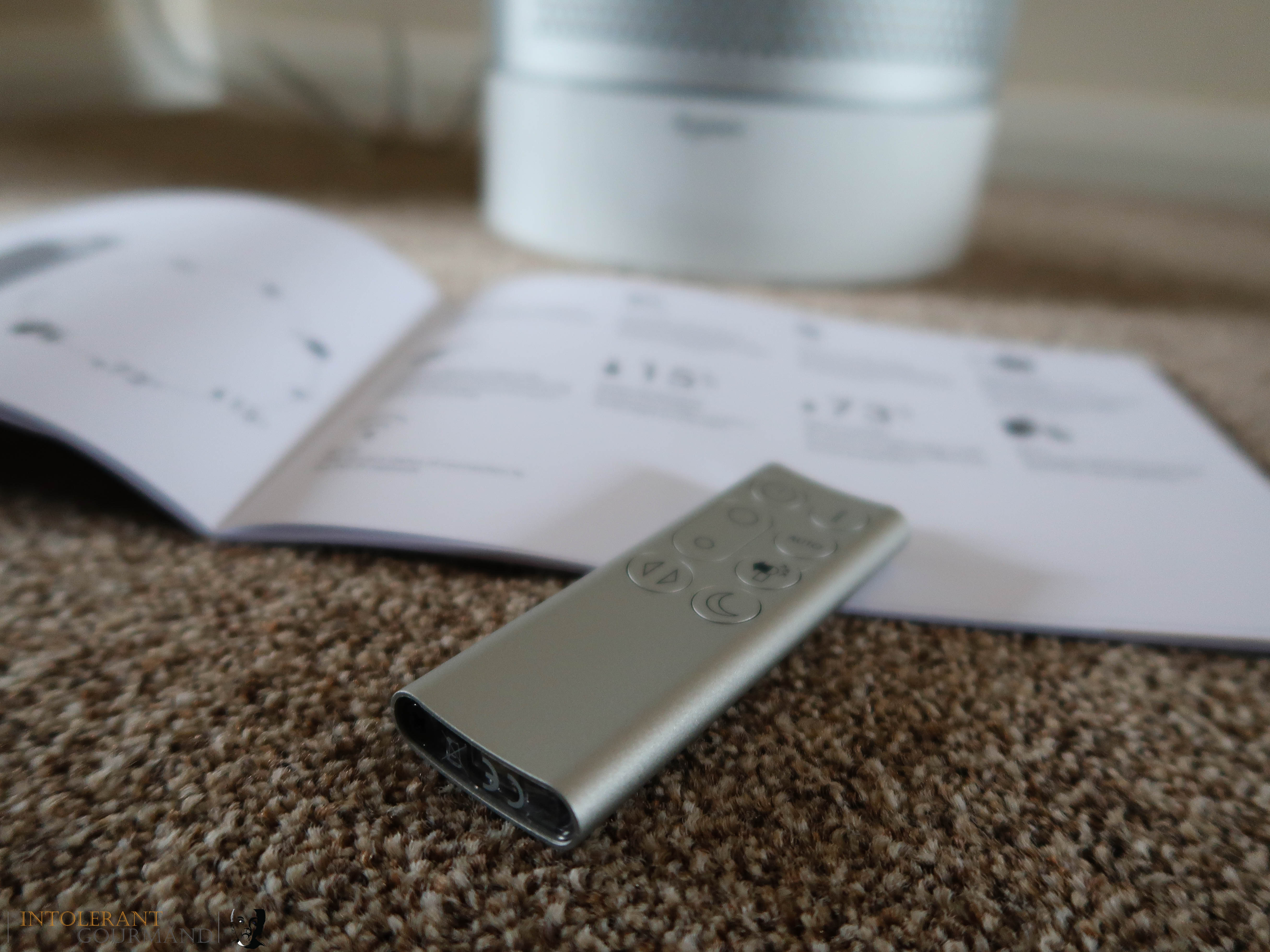 How does the Dyson Pure Cool help?

It’s an air purifying fan, and I set it up in our lounge so I could test it fully, and also get the most benefit from it. It’s a pretty stylish design too, with well thought out features.

It claims to be ‘the only purifying fan to clean a whole family room properly’ and whilst I was sceptical initially, it certainly seems to have delivered on this promise.

When it first arrives, you have to put it together with just a few simple clicks which was easy enough to do!

It has clever sensors that can pick up the particles in the air and then diagnose and report on them in real time. As an example, I let the fan run with all the windows and doors closed, and checked the levels. I then opened all the windows and doors and checked the levels again, and they had risen significantly, indicating a much higher pollen level in the house. When you have 2 children, a husband and a cat running in and out of the garden, it’s not hard to see how quickly the pollen levels can rise in a house!

The fan also has activated carbon filters that remove gases, and capture over 99% of particle pollution and microscopic allergens as small as 0.1 microns. And it can capture nitrogen dioxide, benzene, formaldehyde, ozone, pollen and allergens, industrial emissions, pet dander, and even ultra-fine particles. Impressive technology indeed!

The fan has a 1-10 speed setting option, for purification and cool air flow. And there is also an ‘auto’ setting where the sensors will intelligently adjust the settings of the fan according to the quality of air.

And as if that wasn’t enough, it is also the only purifying fan with air multiplier technology and 360° oscillation, to project filtered air around the whole room. It sits on a dock and can be tilted by 45° too.

The fan comes with a remote control to set up the fan as you wish, with either simple purifying of air, or as a fan as well. You can also control whether you want to have the fan remain static or rotate up to a full 360°.

The temperature is shown on the screen on the fan, along with indoor humidity.

All the data captured will be recorded to monitor historical air quality so you can look back on it.

The fan also has WiFi built in as it connects to a Dyson app specifically to allow you to control, monitor, schedule and customise your settings from a mobile too.

It’s not going to make your hayfever and other allergy symptoms disappear as if by magic because you can't carry it around everywhere with you, but I can say that it has dramatically helped me to control mine, especially as I am unable to use medication to help me.

Most days for the past 3 weeks, when I have spent time outside, I can come into our lounge and know that my symptoms will start to calm as I am no longer being attacked by the pollen. In the evenings when the pollen starts to settle outside I used to be very wheezy. Now, as long as I’m in the lounge, the wheezing is no more. It's also dramatically helped my eyes. They are usually the first to be affected, and become red, sore, swollen, very itchy and I struggle to focus at times due to the impact the pollen has. The Dyson Pure Cool has helped so much with this, and would have been a godsend back in the days when I was a student and trying to revise for exams!

Callum has also found this to be the case for him too, the fan has really helped reduce his wheezing and calm his itchy eyes, and it has also helped with his eczema which is also exacerbated by pollen levels!

I would definitely recommend this purifying fan, it’s been a godsend for me, and I am actually sat in front of it as I type this as the pollen levels are high today, and my eyes are not streaming!

The fan can be bought through AO.com and retails around the £400 mark. For all details, click here: https://ao.com/product/dp04-dyson-pure-cool-desk-air-purifier-white-56672-145.aspx

(NB: I was sent this product in return for an honest review. All comments are my own) 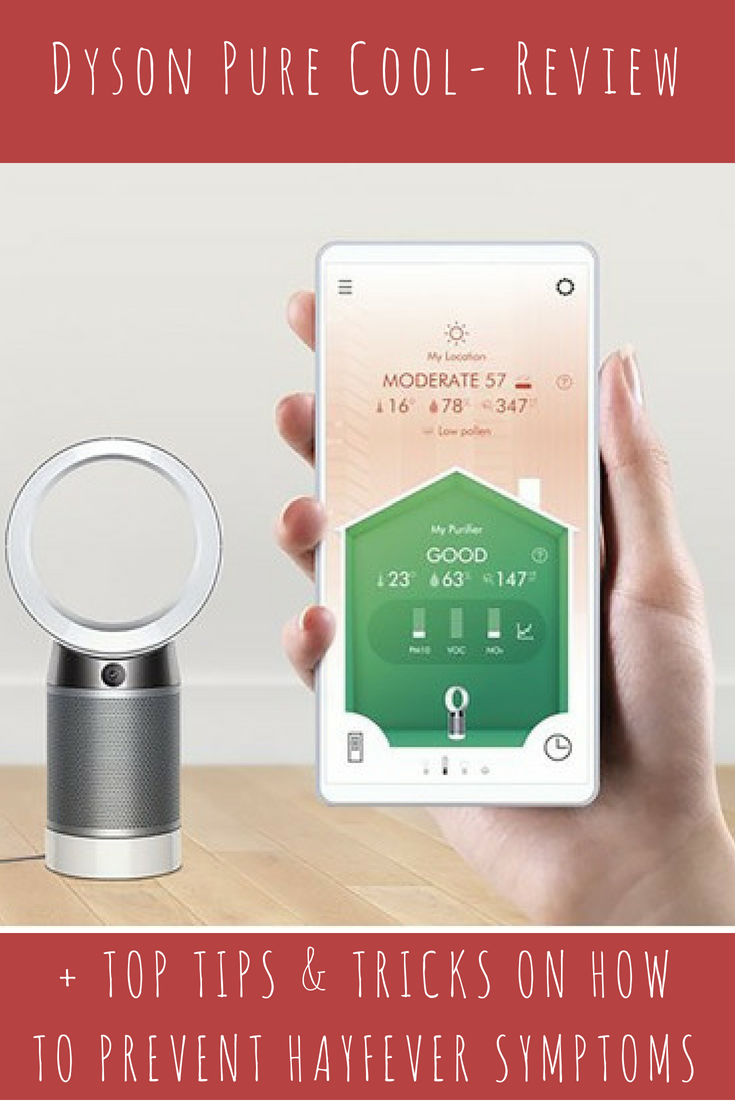