When things don't quite go according to plan, and you suffer a severe allergic reaction, including hives, extreme itching, swelling, wheezing and more! 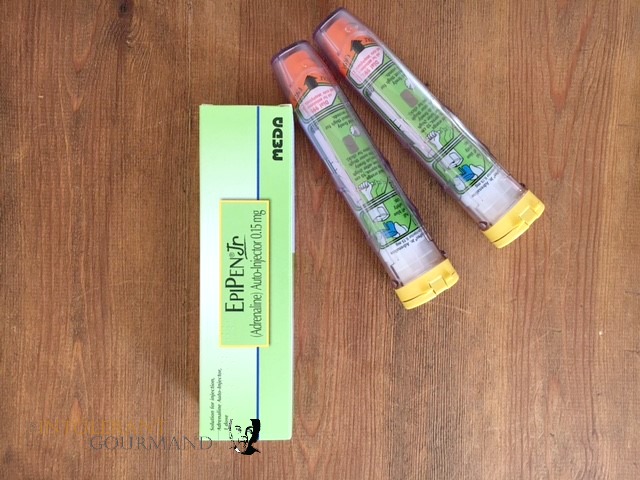 (This article was originally posted over on the Foods Matter site)

September didn’t quite go according to plan for me, and some of you may remember that things went very quiet on the blog front for a few weeks! I ended up being really ill, and it's taken a lot longer than I thought it would to recover!

Callum started school without too many issues, thank goodness. His first term went as well as we could possibly hope for, and suffice to say, he seems to be really enjoying himself, which is wonderful!

Now, going back to the spanner in the works.

Everyone expects it to be Callum who has the allergic reactions, it’s never been anyone else!

For those of you who follow me on social media, you will probably have picked up on the fact that I suffered a severe allergic reaction myself. One which has taken the best part of 3 months to recover from.

It all started with antibiotics to clear up a simple infection. I was prescribed these tablets for 1 week, and by day 4 I was starting to feel a little unwell with them. In fact, Jon and I were in London for the Allergy UK Hero Awards, and I almost passed out on the tube on way home.

At this point, I realised something wasn’t quite right, and started to take notice of my symptoms.

Feeling ‘better’ the next day, I continued taking the tablets until day 6, where I noticed I was beginning to have a mild reaction to them. A slight rash, itchy sensation, and a few hives, but nothing too serious.

I stopped taking them, and phoned the GP who prescribed me fexofenadine (an antihistamine) to stop the reaction.

Within 3-4hrs of taking them, I knew I was in trouble.

I woke up in the middle of the night to hives covering me from scalp to toe, a raised temperature, extreme itching, and wheeziness.

I took my inhaler, and plastered myself in some of Callum’s emollient cream, before having some paracetamol and trying to get back to sleep.

Jon left for work early the next morning, and an hour later I tried to get up as I had to get the children ready for school. Thankfully our eldest, Chloe, realised I was in a bad way and did all she could to help me, by getting Callum ready, sorting out their breakfasts and so on.

My hives had got much much worse, I felt like I was cooking from the inside out, I had extreme itching that was so incredibly painful I wished I was back in full blown labour as it was ‘less painful’, and I was now very wheezy and feeling as if my chest was being crushed, almost like a ball was rolling up and down each time I took a breath in. I also felt very sick, and I had swelled up. My eyes and lips in particular were extremely swollen.

I tried to have a shower to cool my skin, calm my growing sense of something bad about to happen, and try to reduce my temperature.

Big mistake, I almost passed out in the shower. As became apparent a little later on, I was tachycardic and my body was struggling to regulate my pulse and blood pressure.

At this point, knowing I was in trouble and unable to control the situation, I called my husband Jon back from work. He’d anticipated the call after seeing how poorly I’d been in the night, downed tools and came home.

He took one look at me, swore at how bad I was, carted the kids off to school then came back and drove me straight to the doctors. 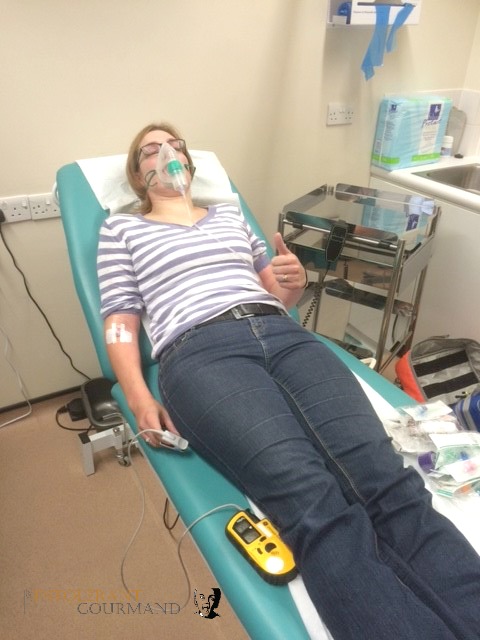 (photo taken by Jon, whilst the GP and 1st responders treated me, before an ambulance took me to A&E)

Trying to stabilise me

I don’t remember too much of what happened, but I do know that I was seen pretty quickly. The GP established that I was in an acute reaction situation, and rushed me through to the treatment room where I was cannulised and nebulised to try to stabilise me. A number of iv drugs were used, but they weren’t helping. At this point first responders and later an ambulance arrived to help with the situation.

I ended up being taken by ambulance to A&E where I was chest x-rayed, while the A&E consultants tried to figure out what was going on.

Unfortunately, I was not strong enough to tell them not to let me walk when I first arrived, despite being brought in on a stretcher – this is crucial with an acute allergic reaction as it can trigger off a biphasic response!

More training on allergies is needed!

I can't fault the kindness of the consultants who treated me, but the consultants didn’t really have a clue what to do with me. They didn’t recognise it as an allergic response, despite me giving them a list of all the symptoms, and backing up with proof and explaining the treatment I’d already had. The medication I’d received to stabilise me had started to work, and so they dismissed what was being said about an allergic response.

They eventually diagnosed limes disease and sent me off to infectious diseases. It was laughable.

The consultant said that because I had a raised temperature it ‘couldn’t be an allergic reaction’. So now I will say IT CAN, AND IT DOES HAPPEN! It is a classic response, and Callum reacts in exactly the same way!

It took a further 4 hours for the consultants to catch up with me and what I was saying, and realise I was right.

Sadly, by that time I had started a biphasic reaction, likely triggered off by the fact they’d made me walk!

In all, it took 48hrs to fully stabilise me so that I was able to go home. That was a long, painful and uncomfortable 48hrs.

As part of my discharge, I was given fexofenadine (antihistamine) to take to continue to control the extreme hives, itching and wheeze that I still suffered with.

In reading the patient information in the packet, I questioned heavily whether they could have been at fault, and was told it was impossible as they were a drug to stop a reaction. I wasn’t convinced!

2hrs before being discharged, I took a tablet, thinking I would at least be on site if a reaction happened again. But nothing happened. 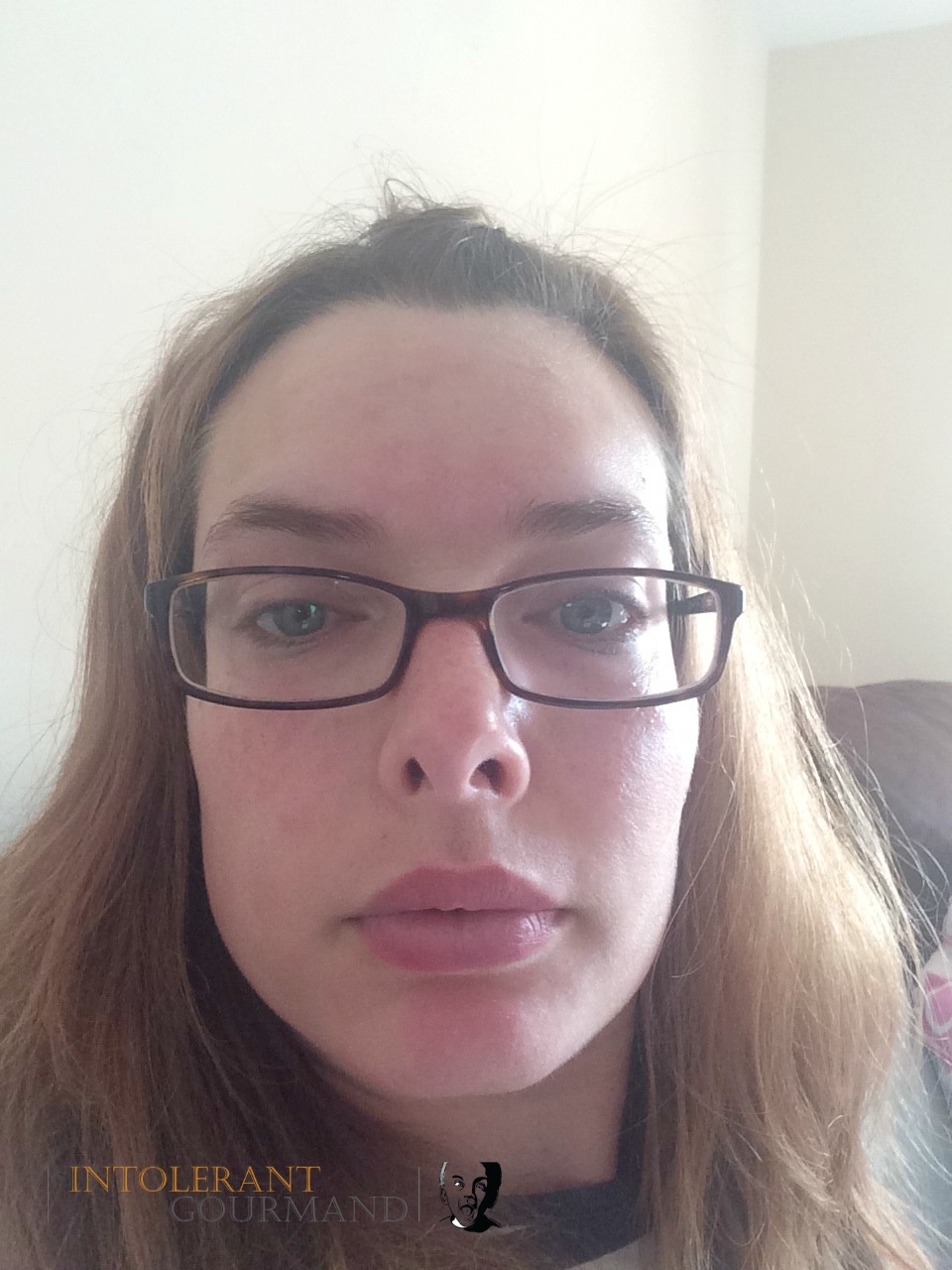 (1 week after my severe reaction, and still with a very swollen face)

On the drive home I started to feel odd, so went to bed straight away. My second big mistake!

I woke up at 3am and I was in another strong reaction. Thankfully the drugs I’d had to make me stable were still in my system, it was just enough to stop it becoming an acute reaction. However, my face had swelled again, I’d become wheezy but not struggling, and the itch had become painful but not unbearable.

On phoning the ward to see what I should do (I was loathe to go back!), they suggested I took maximum dose of Callum’s liquid cetirizine to see if it helped. If there was no change, or I got worse, I was to go to the ward in an hour.

So, I dutifully took a full dose, and sat watching rubbish on TV, while doing regular obs on myself to make sure I was ok. Jon kept coming down every 20 minutes to see for himself that I was ok. In honesty, that was a scary night as I really didn’t know if the reaction would continue to progress or not.

Thankfully the liquid cetirizine did stop it from going any further!

The next morning I called my GP who asked me to come and see him straight away. He suggested using cetirizine tablets to see if they would be any better, and confirmed that the fexofenadine tablets could trigger an acute reaction like mine, although it was rare.

Guess what, I reacted to the cetirizine tablets as well!

You couldn’t make it up!!

So, I ended up sticking to Callum’s liquid cetirizine, it was and remains the ONLY safe antihistamine for me at the moment.

It took me 3 weeks to get back to a level that allowed me to function ‘normally’ but a full 3 months to recover to a point where I feel less tired and able to do more!

Will Callum be affected?

This has caused implications for Callum, as he will also need to be tested to ensure his safety with antihistamines too.

The experience has certainly been an eye opener for me.

I have never been so ill, and never want to experience that again.

Callum has always been a hero in my eyes, I am constantly in awe at how he deals with what he goes through each day, and this has just confirmed this even more. To experience that level of discomfort, that fear and the knowledge that it might not be controlled for a few days before feeling better, is just something else.

My heart breaks for him, knowing this is his life. Yes, it’s all he’s ever known, but that doesn’t change how incredibly brave he is.

I am so in awe of anyone dealing with allergies at this level. You are all heros to me!

And I ask you, what have your symptoms been when you have suffered a severe allergic reaction? Did you have any others that I’ve missed off? How were you treated? Could the medical team have done anything differently? 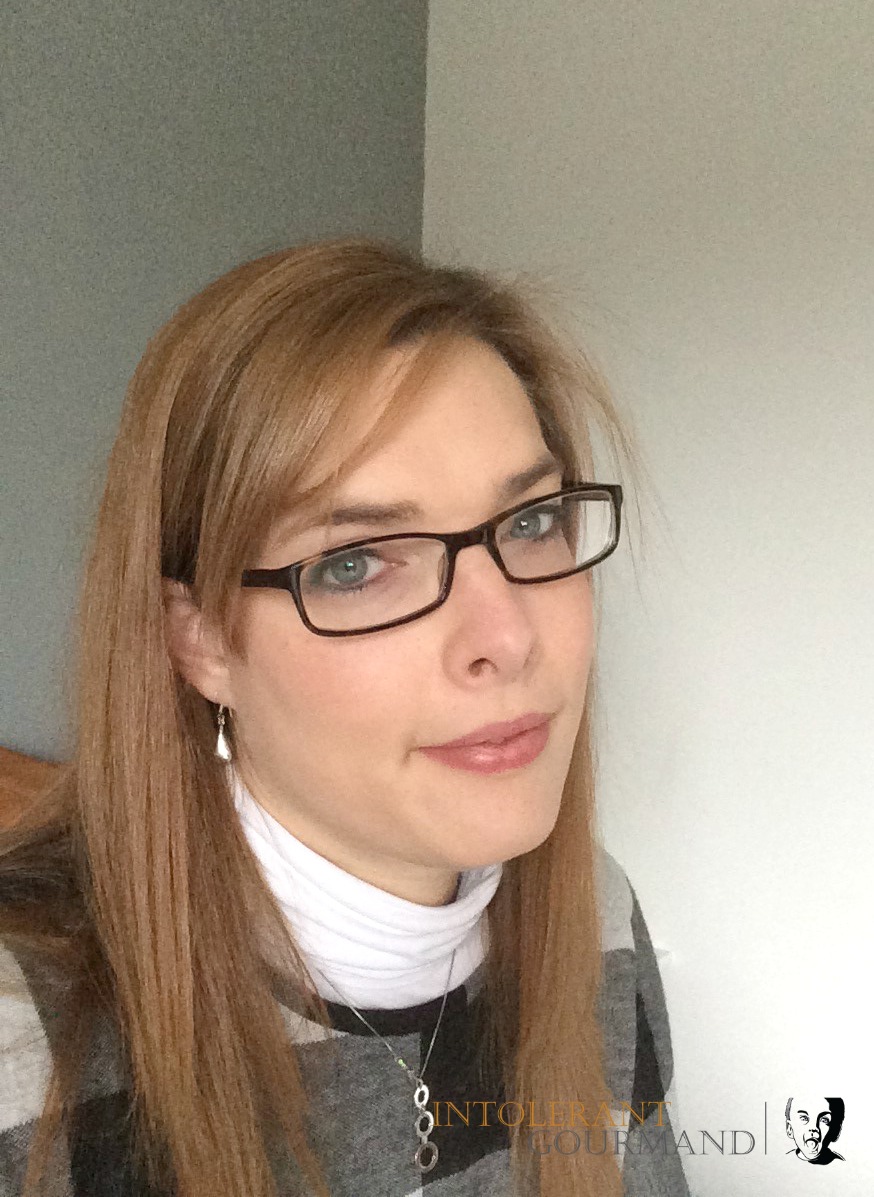 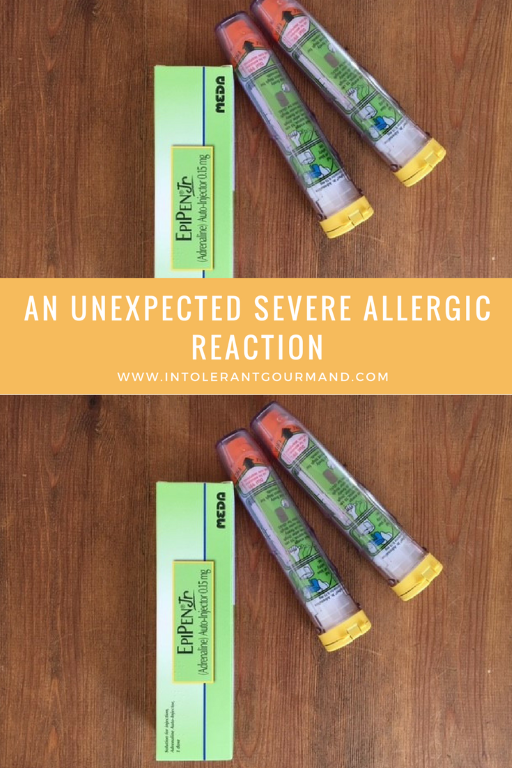 0 # Kortney 2017-02-08 17:37
I'm so sorry to hear about this experience. I remember my first anaphylactic reaction as an adult I experienced so much denial. My case was a pretty typical by the book signs of anaphylaxis. What was different is I didn't throw up, which I had done in all other allergic reactions.

Callum is lucky to have a mum that cares so much. When he grows up with food allergies that is the only thing he knows. Empowering him to own his allergies and not let them stop him from experiencing the world is the best gift you can give him.
Reply | Reply with quote | Quote | Report to administrator
Refresh comments list
RSS feed for comments to this post