The phenomenon of toddlers being draw to puddles like flies to ……!! 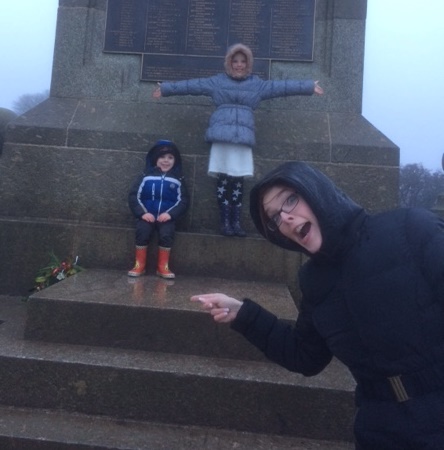 Picture the scene - you’re out for a walk with the family, you’re all having loads of fun goofing around, and then it happens! Your toddler dude spots a seemingly innocent looking puddle, and in a performance that Peppa Pig would have been proud of, takes a running jump right into the centre.

Cue screaming, and lots of it!

Of course, the puddle wasn’t innocent.

It was the equivalent to a small dogs ocean, full of mud and oil and freezing cold. Enough to freeze the watsits off the proverbial dog!

Said toddler is now waddling in sopping wet, stinking clothes, it’s 5°c, starting to get dark, and you have at least 30 minutes to walk before you make it home!

This was us a few months ago, and it didn’t help that the eldest kept giggling. The temper tantrum was Oscar worthy!

Unfortunately, little dude had to quite literally suck it up and deal with it, and eventually he began to giggle about it. 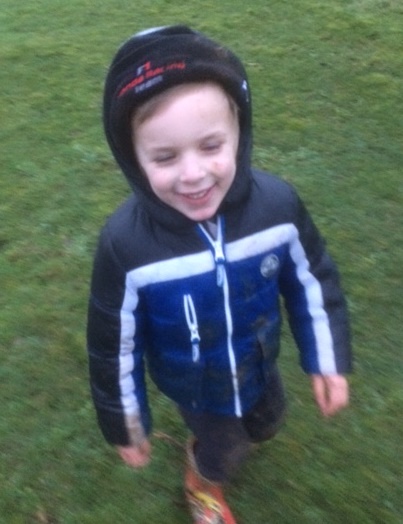 Each time we went out after this became a game to see how wet you could get! I kid you not!

If you didn’t come back to the house or the car with feet swimming in water, then it was a poor effort. My sister-in-law will testify that on a recent trip round Stowe gardens, we had to empty his wellies out 3 times in total, and it wasn’t small amounts either!

Last Sunday, after our wonderful lunch at the ‘Shoulder of Mutton’ we decided to go for a walk around Wendover Woods, and Coombe Hill.

It was probably not the best of ideas as it had been raining hard most of the day, and had now turned to that ridiculously annoying drizzle that soaks everything in seconds.

Callum thought it was a wonderful idea when he saw the size of the puddles and the amount of mud. He was happy as a pig in s&$t!

We ventured up to the monument, but couldn’t see anything due to the mist and rain, which had started up again!

Slipping and sliding our way back to the car, it became apparent that Callum had been up to his usual tricks…… every time he ran past us, there was a distinct sloshing sound coming from his wellies.

We made it back to the car with 2 very wet and muddy kids in tow and proceeded to strip them before they got in the car.

At one point Jon and I were in tears, and barely able to hold Callum – I was holding him under his arms, while Jon suctioned off the wellies. They were so full, I think a pint glass could easily have been filled!! Then came the peeling off of clothes covered in mud, not easy when in a giggling fit, and with a giggling toddler squirming because the rain was ‘tickling his bum’.

I vowed at that point to never go for a walk like that again. We needed something that would allow Callum the chance splash like that, without the need to strip him afterwards!

After doing some digging around, I found a waterproof suit on the Sports Direct website and went and picked one up at the weekend. 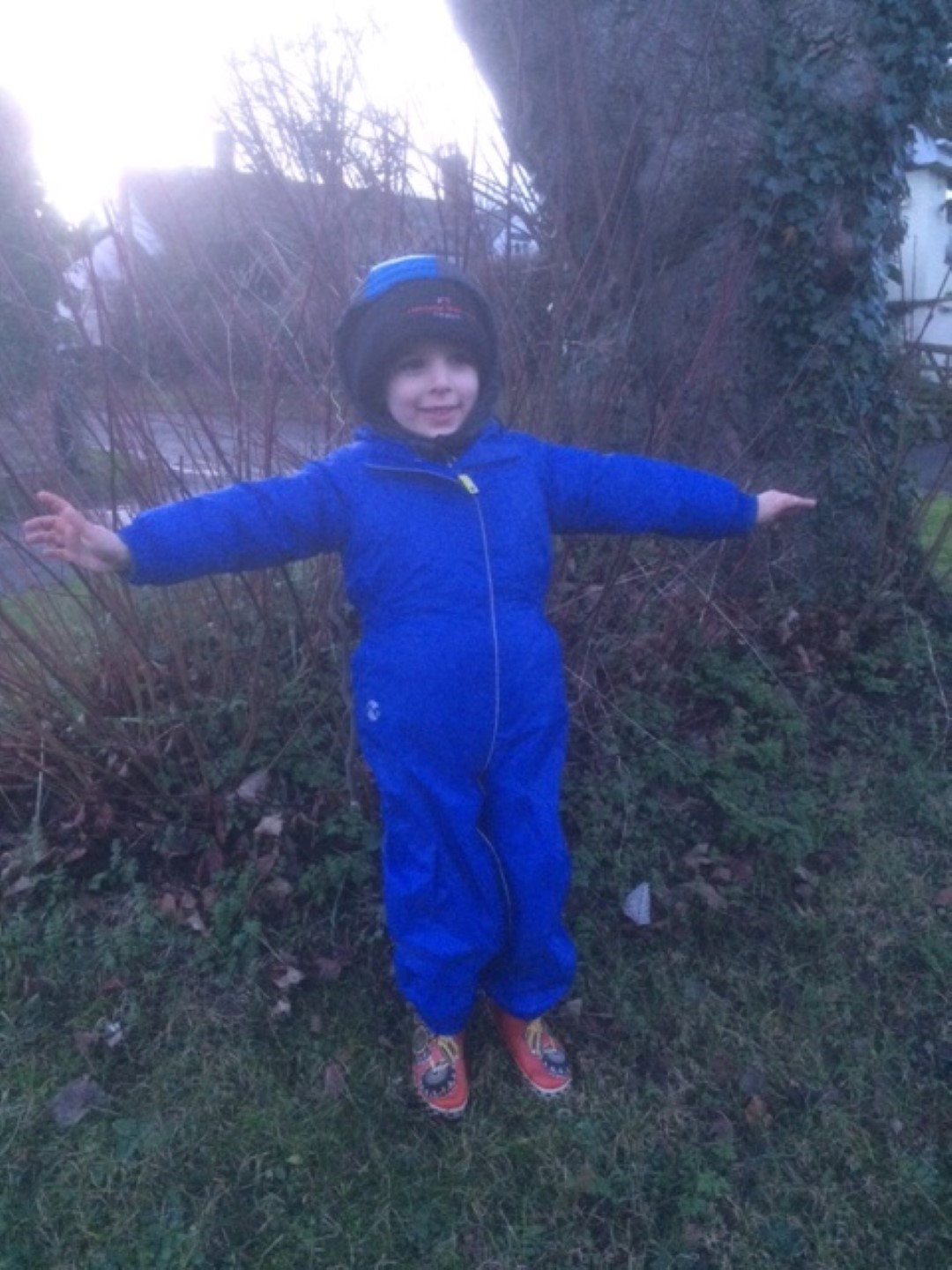 We went for another walk, this time round our village, where Callum did everything in his power to get a thorough soaking.

I kid you not, he was totally dry when we got home, wellies included!

I think his wellies, and the washing machine will thank me for it too!!

Are your toddlers like this too? Do they love to splash in puddles?