On Friday night, a2 Milk™ was featured on Food Unwrapped, and it caused a bit of a stir! 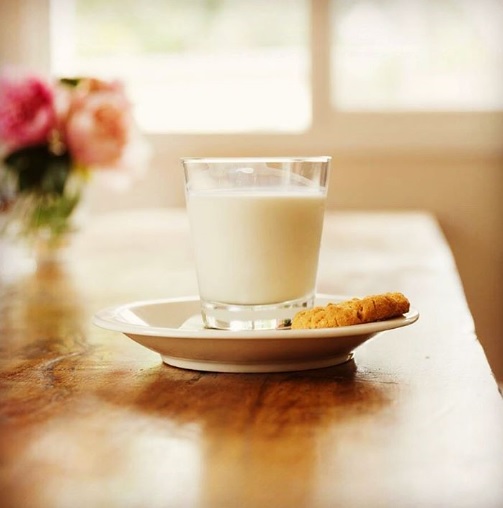 Have you heard of a2 Milk™ before?

a2 Milk™ launched initially in Australia, and has been available in their supermarkets since 2003. It arrived in the UK in 2012, and is now sold in a number of large retail outlets across the country. Over the past 18 months it has really grown in popularity, especially with the growth of popularity in ‘alternative’ milks coming to market.

a2 Milk™ is still milk produced from a cow, but with an important difference!

How do a2 Milk™ get cows to produce it?

It is all down to DNA! No, really, there’s no hocus pocus going on and the milk is still produced in the same way as ‘normal’ milk.

As a2 Milk™ explain on their website, cows' milk originally only contained the A2 protein, and no A1. It is due to human domestication that A1 protein is now found in the majority of cows today, with regular cows' milk containing a mixture of A1 and A2 protein.

There’s nothing taken away, and nothing added. 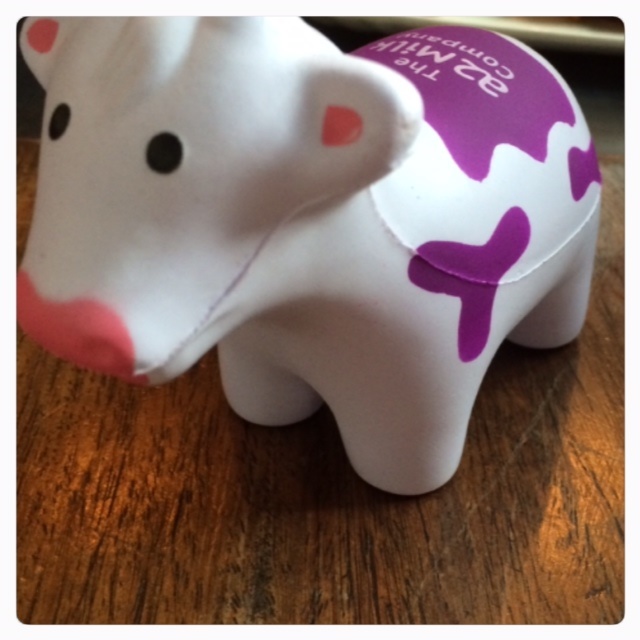 On Friday night a2 Milk™ were featured on Food Unwrapped!

Firstly, Matt (Food Unwrapped presenter) visited one of their beautiful farms in Wales and spoke to a charming a2 Milk farmer.

Then the Food Unwrapped team met with esteemed Professor Ian Givens and consumer Lindy who had believed she suffered with lactose intolerance for a number of years. Lindy sampled a2 Milk™ and realised that she experienced no symptoms when consuming a2 Milk™, and believed it was likely to be an intolerance to A1 protein that had caused her such discomfort as opposed to lactose.

‘the assumption is, if you’re allergic to milk, it’s always the lactose’

This isn’t an accurate statement, as I’ll explain now!

The difference between allergy and intolerance

Where the immune system malfunctions and believes milk proteins to be harmful, causing antibodies to be released into your bloodstream. These antibodies then release antihistamine which cause symptoms such as wheezing, vomiting, hives, itchy throat, itchy eyes, and digestive issues. These symptoms can come on very quickly.

This is usually limited to digestive symptoms, such as bloating, cramping, discomfort, and is much less serious than an allergy.

There are a number of different variables that could cause an intolerance, not simply ‘lactose’.

It’s really important at this point to reiterate, a2 Milk™ is NOT suitable for anyone with a cows' milk allergy, lactose intolerance or galactosaemia!

This is still dairy, it still contains milk protein and still has lactose! The point here is not that it is suitable for people with a lactose intolerance, but rather that the symptoms people experience and put down to lactose intolerance could actually be a reaction to A1 instead.

Click here for guidelines to check whether a2 Milk™ would be suitable for you.

BUT, for those who have an intolerance and struggle to digest regular milk, it might just change things for you!

This great infographic produced by a2 Milk™ gives a really good explanation of the difference between lactose and A1 protein intolerance: 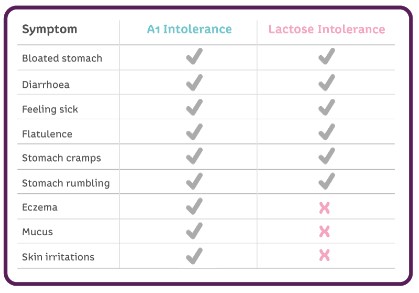 (infographic credit to a2 Milk)

My thoughts on a2 Milk™

I only learnt of a2 Milk™ last year, when I was invited along to a PR event they were holding, which you can find out more about here.

It was a real eye opener for me!

Many people told me not to bother, particularly as Callum has a severe milk allergy. Just to clarify, he will NEVER be able to have this milk.

BUT, as a diagnosed IBS sufferer, who has struggled with years of discomfort, it was important for me to see if it really would make a difference. And, I like to make my own opinion and not be swayed by others!

I embarked on a 4-week challenge, and the results were quite frankly astounding!

After years of suffering with:

I had found something that would actually help, and improve how I was feeling. It was a total revelation!

The best bit, it's so stable when cooking and tastes great too! I've created vegetable lasagne, chocolate fudge brownies, chocolate truffles, eggnog, pumpkin soup, red velvet cake and more with it. I've even made them gluten-free too! 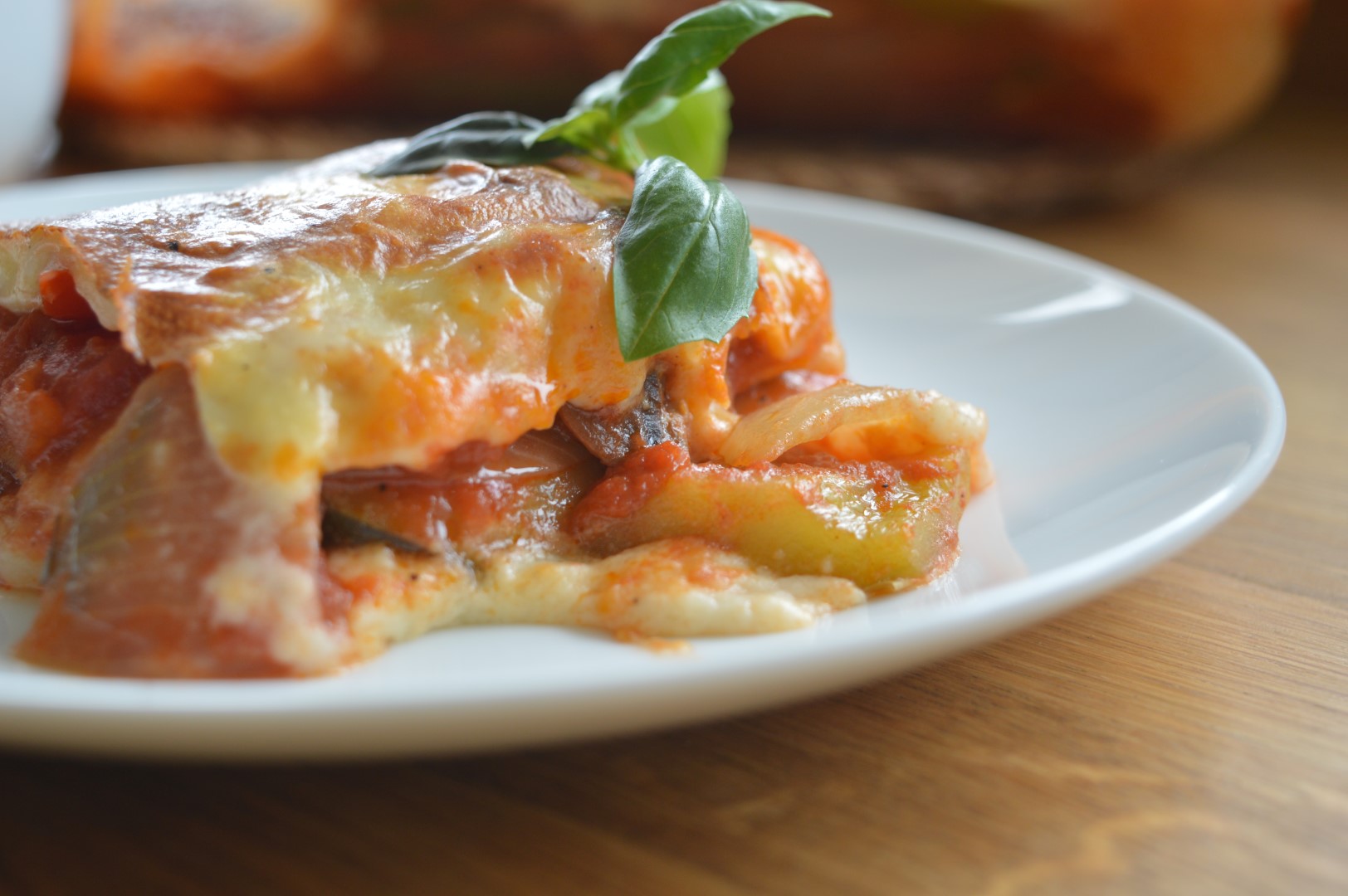 Why does it make such a difference?

Studies have shown that A1 protein found in most cows' milk can prove troublesome to digest. Our bodies find it hard to break the protein down into individual amino acids, and as a result it stays as a protein fragment. Now this is the point at which the trouble starts.

In people who struggle to cope with this, it is this protein fragment which causes the bloating, discomfort, cramping and trouble digesting as it slows down how quickly the protein moves through our digestive system.

It doesn’t just cause problems with our digestive system either. In some people it can show up as eczema, and can even cause blocked noses and phlegmy coughs due to making our systems create too much mucus.

For more information on this, take a peak at the result of research carried out back in 2009. The European Safety Authority (EFSA) undertook a full review of the research looking into the role of beta-casein variants in health and disease. They confirmed that A1 beta-casein and A2 beta-casein digest very differently to each other, and that as a result, different effects would occur within the gastrointestinal system.

(DISCLAIMER: For anyone with a milk allergy, this is NOT for you!)

However, for those of you who have suffered with cramping, discomfort and bloating when consuming milk, I challenge you to take on the 4-week challenge!

All I ask is that you let me know how you get on, and whether your symptoms improve as much as mine have! Tweet me and use the hashtag #a2MilkChallenge

And lastly, make up your own mind, you never know, this milk might just change everything! 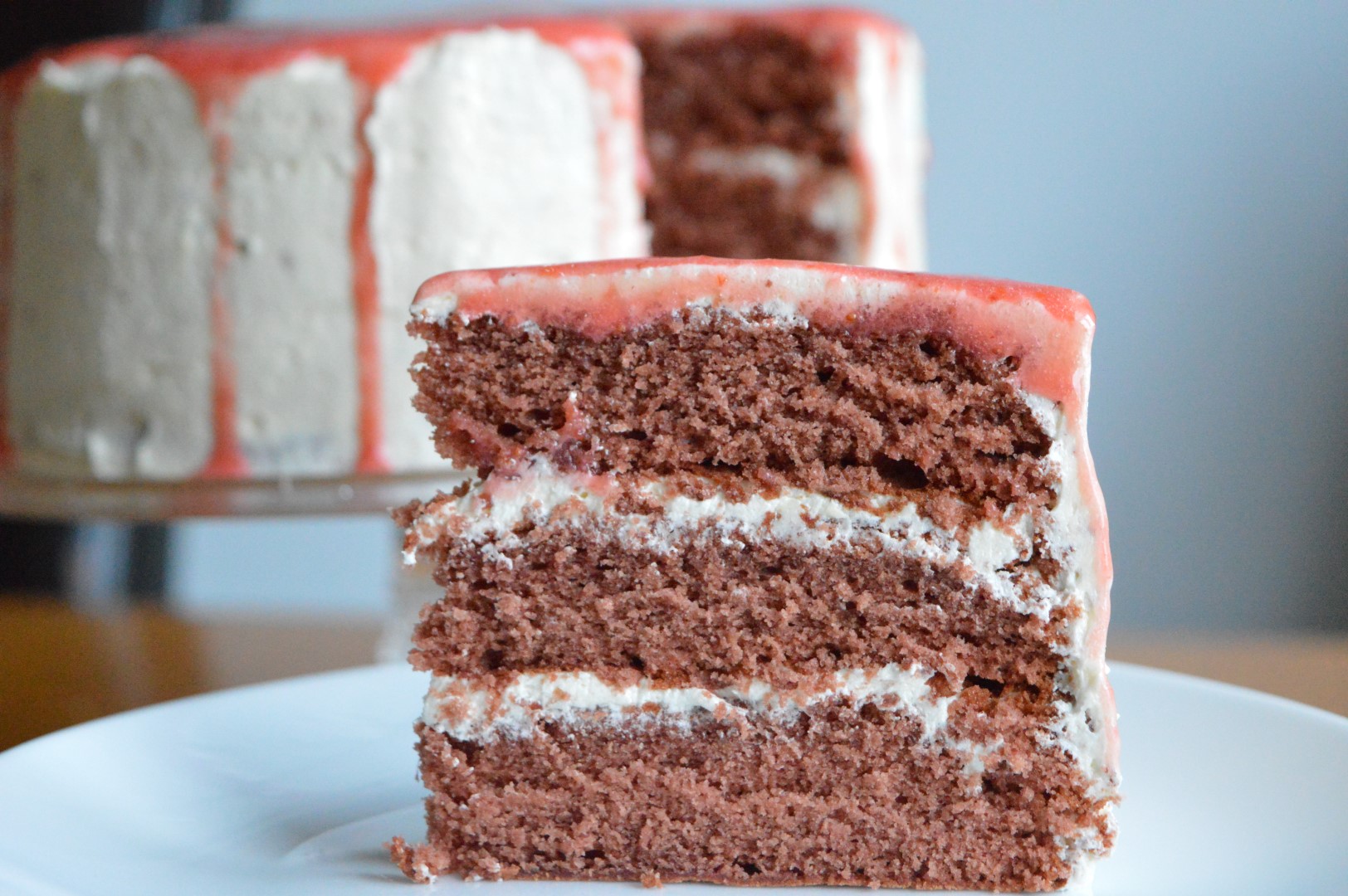 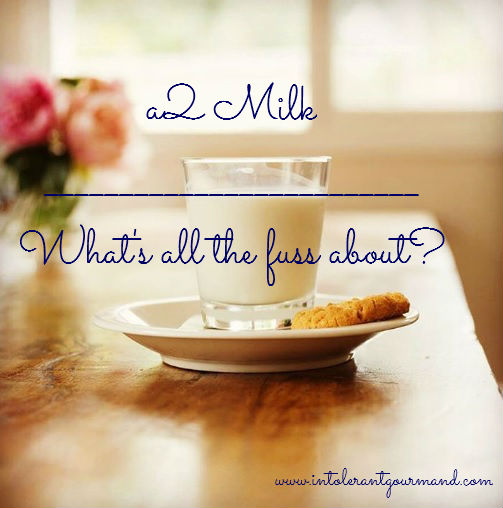