Reflux, colic, rashes, wheezing, sickness, discomfort, unhappy baby does this sound familiar? Ever heard of CMPA? What about FPIES? Or GORD? 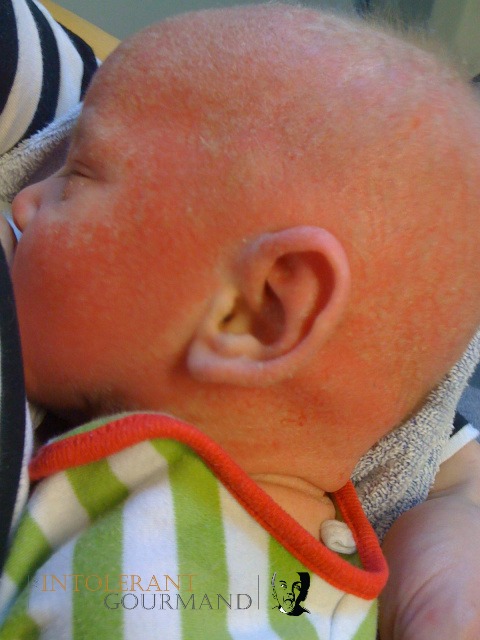 (This article was originally written for Foods Matter)

When you become a parent, it really is the most magical time. You stare in absolute wonder at this incredible little being that you’ve created, and have a sudden and fiercely protective streak that is overwhelming. All you want to do is protect them, keep them safe and make sure that they don’t suffer.

So, imagine when just a few days or weeks old, they become colicky. You go to the GP, but it’s ‘normal’ for a baby you’re told, it’ll pass as they get a little older.

Then add ‘reflux’ style symptoms, get this checked by the GP and get told that it’s still classified as ‘normal’, but your little baby really isn’t happy or very well. In fact, most feeds it seems as if they’re throwing up more than they’re keeping down, so much so that you could even say it was projectile vomiting. If this is your second baby, you know in your heart that something isn't quite right. And if it's your first baby, you become bewildered as this isn't what you expected.

How about an angry looking rash that becomes severe eczema, with weepy sore cheeks that don’t clear up in spite of moisturiser and then topical steroids?

Throughout all of this there’s also a serious lack of sleep for both the baby and you, which is incredibly hard on the whole family, especially if there are other children who need your attention too!

Does this sound familiar?

We had all of these with Callum, especially the projectile vomiting, and severe eczema. He was breastfed, and most feeds I would have to line the floor with a towel to catch the volume of sick that would bounce back out of his little tummy.

Callum also never slept for more than 20 minutes at a time. He was so uncomfortable all the time he simply couldn’t. When his exhausted little body did let him sleep, it was troubled with itching, discomfort and more. His moses basket regularly looked like a murder had been committed, so sore was his skin.

For the best part of 2 years I survived on 3 hours broken sleep a night. To say it was torture was an understatement, and I still do not know how I functioned every day and held a job down too!

It’s no wonder that mothers going through this situation often end up battling PND at the same time!

Despite numerous visits to the hospital for Callum, and eventually dermatology nurses for the eczema, it was regularly passed off as ‘normal eczema’ for him.

The trouble is, it wasn’t. He was getting increasingly more ill, his symptoms getting worse and worse, and all the while, his little body was effectively being poisoned.

There is always a reason for symptoms, the trick is figuring out what the cause is! In Callum’s case we now know that multiple allergies were at play, but most likely if these symptoms are occurring, it is because of dairy, or more specifically milk protein.

One of the most common types of allergies in infants and young children is CMPA (Cow’s Milk Protein Allergy). It’s believed that as many as 1 in 5 children are now affected, although many go on to grow out of it by the age of 2. There is also FPIES - a non IGE yet serious reaction to food proteins resulting in profuse vomiting, and very few 'safe' foods that do not trigger a reaction.

Baby formula contains milk protein, and breastfeeding will transfer milk protein from the mothers’ diet. It’s difficult to get an initial diagnosis, as it is often passed off as colic or reflux, but once confirmed, a dairy-free exclusion diet for the mother or a specialist baby formula will be prescribed. 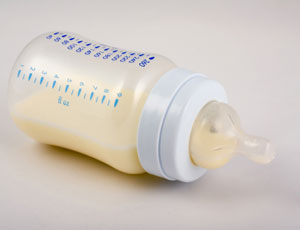 There are a number of specialist baby formulas manufactured, with 2 different stages being available. The first is extensively broken down milk protein (hydrolysed). With the protein broken down so much, it is harder for the body to detect, and most babies won’t react. For those that still do, there is the second stage, amino acid based formula which contains no milk protein at all.

These specialist formulas are prescribed by GP’s, Consultants, Health Visitors and Dieticians and are a medical treatment for CMPA and FPIES so not readily available over the counter. The best practice to date has been to trial a specialist formula for a minimum of 2 weeks to see if it makes any difference. If yes, then prescription continues and a referral to a Paediatric Consultant and Dietician 'should' follow. I say should, sadly this isn't what always happens, and often there's a lengthy fight to get the right care and treatment, as was the case for Callum.

A tin is half the size of a standard formula tin, and costs significantly more. A standard tin is around £10-£12 while these specialist formulas cost around £30-£48.

Why is this so important to highlight?

Specialist baby formula has been in the news over the past few weeks due to a number of CCG’s voting to no longer prescribe them. Croydon CCG was the first to do this, with Richmond CCG swiftly following suit. There are now a number of other CCG’s in consultation and considering doing the same thing.

The reason behind this decision is money.

We all know that the NHS is struggling and quite simply doesn’t have enough funds to keep running the way it has been.

The belief behind this decision is that by cutting the cost of these prescriptions, Croydon CCG will save the best part of £300,000 a year. A similar amount is proposed by Richmond.

This will mean that babies who need this formula will no longer be able to have it prescribed by their GP or Health Visitor.

With a very real struggle to gain initial diagnosis anyway, it means that babies and their parents who desperately need the support to diagnosis may well get missed. And those already diagnosed will no longer receive the prescriptions they require to keep their little ones well.

What are the implications?

This is a huge worry for parents, not least because it means they will no longer have the support they need from their GP.

There is also the cost factor. As I mentioned before, a normal tin of formula is roughly £10-£12 and will last for around 1 week. Specialist baby formula costs up to £48 a tin, and the tin is half the size of normal formula.

As you can see, the cost implications are huge! And as these specialist formulas are not readily available over the counter, this could cause supply issues as well.

I can understand why the CCG’s are attempting to save money where possible, we all do, and there has been a suggestion that the system has been abused as a means of getting ‘free’ formula when it’s not really needed for any medical need.

By removing the cost from Primary Care, it becomes an immediate hit on Secondary Care budgets, which are already beyond stretched, and if there is no more budget available, it will be a challenge to find more. I’ve heard of allergy clinics being cancelled because they have run out of budget. Callum’s own Consultant admitted that his clinic is oversubscribed by almost 50%....

So it does beg the question, why do this at the potential cost of children’s health?

These parents will have struggled to gain a diagnosis, and will have finally found something that is helping their poorly child.

Now imagine if you are a low-income parent - how on earth will you find the money to feed your child with the specialist formula needed to keep them well? And also, will supply be available over the counter? These formulas are regulated by the FDA and the rules for promoting them are very strong. Unless they have been prescribed, the pharmaceutical companies are not allowed to promote them.

My fear is that parents may turn to ‘normal’ formula as they have no other choice, which will result in their child becoming seriously ill again with potentially disastrous consequences.

And what about the cost to the NHS still?

It’s all very well removing prescription formula from Primary Care budgets with a declaration that £300,000 will be saved off the CCG’s bottom line, but what if these babies become acute admissions to Secondary Care?

A missed diagnosis, extensive waiting lists to be referred to a Paediatric Consultant, and a severe allergic reaction, or a staph infection in severe eczema will result in an emergency admittance. These often mean a 4-5 day stay, requiring iv antibiotics, drips, and more to stabilise the baby/ child, along with further drugs to continue to stabilise once discharged home.

How do I know this?

Because I’ve had to go through it with Callum on a number of occasions!

Now imagine just 20 babies in this situation, and break the cost down:

Suddenly, that £48 tin seems more appealing to their bottom line!

Social media has been inundated with worried parents pleading with CCG’s not to allow this to happen. There’s a real fear that their children won’t get the support they need, and that they will struggle desperately with the cost.

Specialist Allergy Consultants including Dr Adam Fox (Consultant Childrens Allergist & Clinical Lead at St Guys & St Thomas' Hospital) have also provided evidence to suggest this really isn’t the way forward. They are at the front of the fight, seeing many patients a week affected by CMPA, and know first-hand the implications if these specialist formulas aren’t available to them.

I also work with some of the pharmaceuticals who manufacture the specialist baby formulas, and they have also provided evidence. It’s not about losing business for them, you’d be surprised to hear that many of the staff have had children affected by CMPA and want to stop other children going through what theirs did.

I really don’t know how this situation will end up, but I do know that if I was a parent with a baby relying on these specialist formulas, I would be desperately worried right now!

It’s hard enough being an allergy parent and trying your hardest to keep your little one safe and well, let’s hope it doesn’t become any harder! 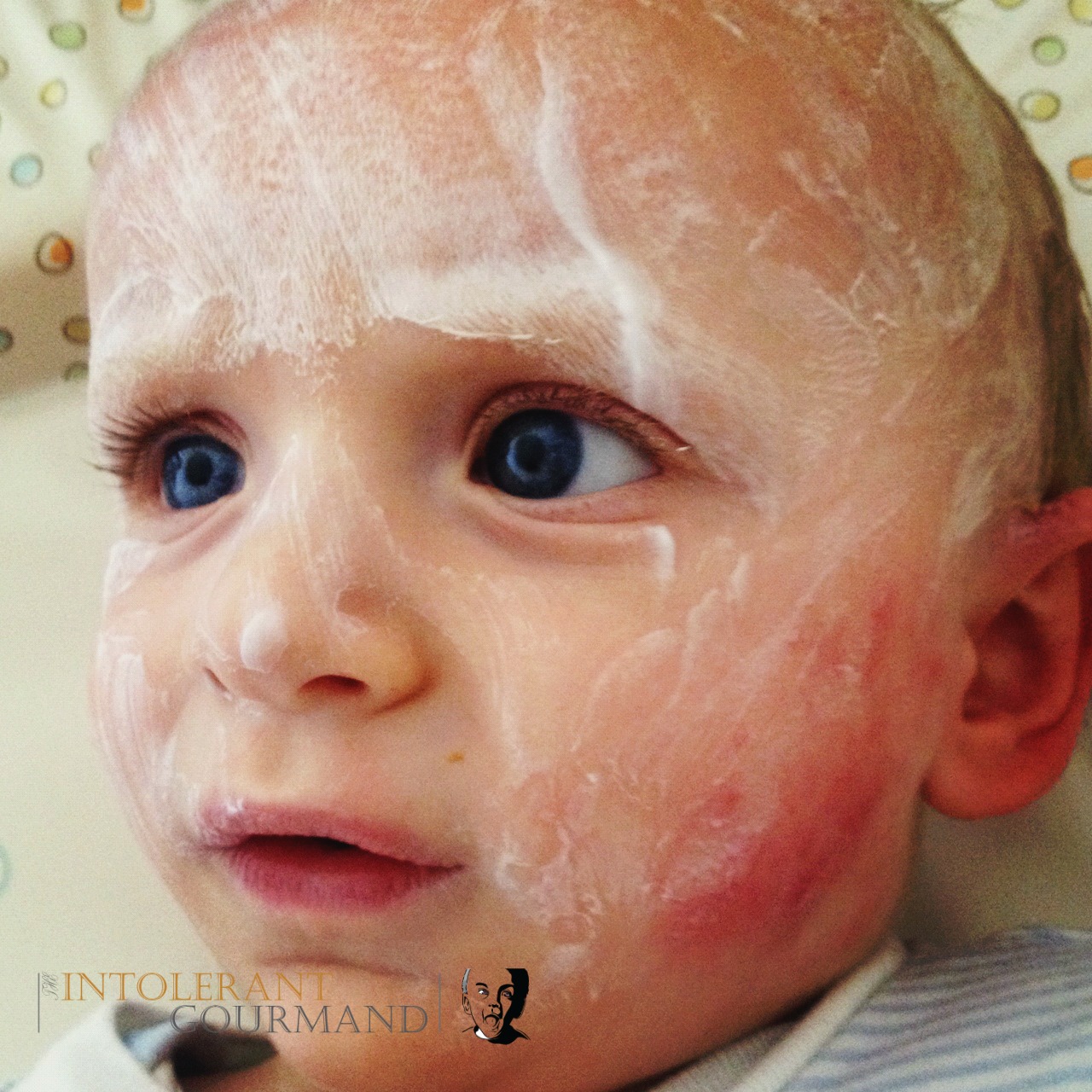 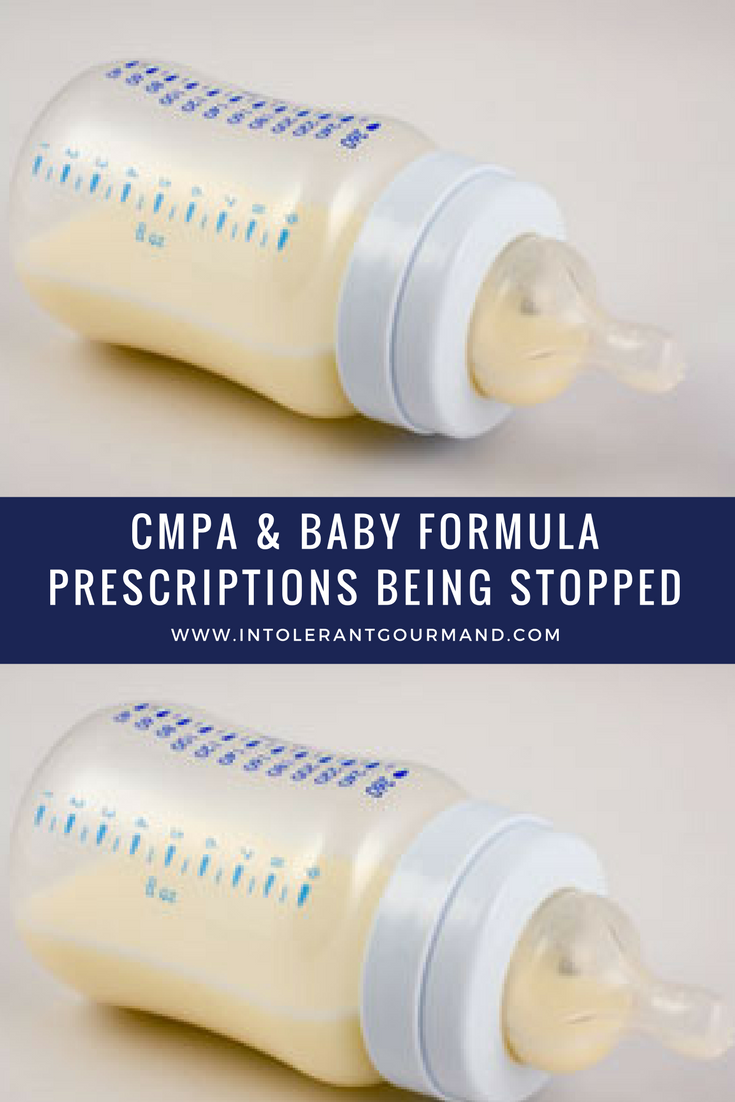